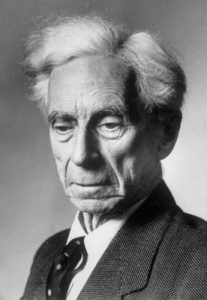 In 1961, Bertrand Russell penned a treatise entitled ‘Has man a future?’, in which he asserted that the world needs central rule. What has that got to do with us now? Well, in essence Russell is right, although the real answer is very different to what he put forward. The Bible holds out just such a prospect of central, world government, an everlasting reign of righteousness and peace.

Whilst Philosophers rarely achieve global recognition, the name of Bertrand Russell is an exception. Mathematician and essayist, he was awarded the Nobel Prize for Literature in 1950 and his book ‘Unpopular Essays’ demonstrate the grim direction his thoughts took on, amongst other things, the possible future of mankind.

Set against the backdrop of the nuclear arms race between America and Soviet Russia, in 1961 Russell penned a treatise entitled ‘Has man a future?’ In it he anticipated three potential scenarios:

1. The end of human life, perhaps of all life on our planet.
2. A reversion to barbarism after a catastrophic diminution of the population of the globe.
3. A unification of the world under a single government, possessing a monopoly of all the major weapons of war.

To quote Russell: “The third possibility, that of the establishment of a single government for the whole world, might be realized in various ways: by the victory of the United States in the next world war, or by the victory of the U.S.S.R., or, theoretically, by agreement. Or — and I think this is the most hopeful of the issues that are in any degree probable — by an alliance of the nations that desire an international government, becoming, in the end, so strong that Russia would no longer dare to stand out. This might conceivably be achieved without another world war, but it would require courageous and imaginative statesmanship in a number of countries.” 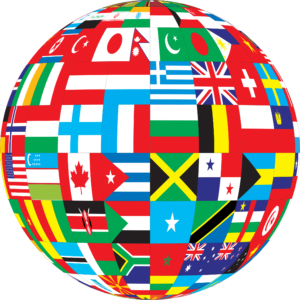 To try to give the gist of a fairly lengthy treatise from one quote is neither fair nor advisable; it would give the impression that Russell was naïve in his dream of a world government capable of reconciling its members’ ideological differences and able to enforce a system of government on the rest of the planet in order to avoid the alternative of nuclear catastrophe. Russell campaigned tirelessly for Nuclear disarmament but was realistic enough to appreciate the improbability that such a government could be established.

Sadly for Russell, who died in 1970, no sign of international amity was forthcoming. The original two superpower standoff has been complicated by more nation states with opposing ideologies joining the nuclear club. When the weapons by which national disputes were decided were mere bows and arrows the prospect of the end of mankind was not even worth considering. But with the thermonuclear, biological and chemical arsenals now ranged across the globe, it now seems a distinct possibility. Especially as some ideologies seem to care little if they perish themselves in pursuit of power.

In essence Russell is right in his assertion that the world needs central rule. Mankind is too prone to squabbling over resources and principles to achieve any lasting stability. The Bible holds out just such a prospect of central, world government. Quoting from the prophecy of Jeremiah:

‘The days are coming,’ declares the LORD, ‘when I will raise up for David a righteous Branch, [or descendant] a King who will reign wisely and do what is just and right in the land.
In his days Judah will be saved and Israel will live in safety. This is the name by which he will be called: The LORD Our Righteous Saviour.’ (Jer 23:5-6 NIV)

This is just one of a number of Divine promises that the world will be ruled centrally from Jerusalem by a man chosen by God Himself and assisted by a multitude of like-minded followers. This will not be a democracy where the government has to appeal to the people for a popular mandate. On the other hand neither will it be a corrupt or self-interested tyranny; the absolute Ruler, Jesus Christ, has already ably demonstrated to mankind his credentials for power. They are, as stated; “a King who will reign wisely and do what is just and right in the land.”

So what would make this King any better than Russell’s conception of world government? Psalm 72 gives us some clues:

‘For he will deliver the needy who cry out, the afflicted who have no one to help. He will take pity on the weak and the needy and save the needy from death. He will rescue them from oppression and violence, for precious is their blood in his sight.’ (Psalm 72:12-14)

‘So,’ the cynic might cry, ‘a spineless Socialist! He won’t last long!’ Except that this King who takes pity on the outcasts will have a different approach to those who might seek to defy him:

‘Ask me, and I will make the nations your inheritance, the ends of the earth your possession. You will break them with a rod of iron; you will dash them to pieces like pottery. Therefore, you kings, be wise; be warned, you rulers of the earth. Serve the LORD with fear and celebrate his rule with trembling.’ (Psalm 2:8-11)

A fuller picture of God’s King emerges; totally committed to the cause of the poor and oppressed, but at the same time fully equipped to crush any opposition to His Government. Furthermore his rule will not be cut short by illness or death, for Jesus is the first man to be raised from the dead to immortality. The Kingdom of God will expand to fill the whole earth.

Isn’t this just as pie-in-the-sky as Russell’s vision? Far from it. Returning to our first Bible quote;

‘In his days Judah will be saved and Israel will live in safety.’

Herein is the sign that God is in earnest. The return of the Jewish people to their ancestral homeland and subsequent conflict that it causes is the token that God will soon intervene in human affairs before we destroy ourselves.

And if that doesn’t whet your appetite to find out more, have a look at the promise contained in these words:

‘They will neither harm nor destroy on all my holy mountain, for the earth will be filled with the knowledge of the LORD as the waters cover the sea.’ (Isaiah 11:9)