‘The land is mine, [says the LORD God] for you are strangers and sojourners with Me.’ (Leviticus 25v23) 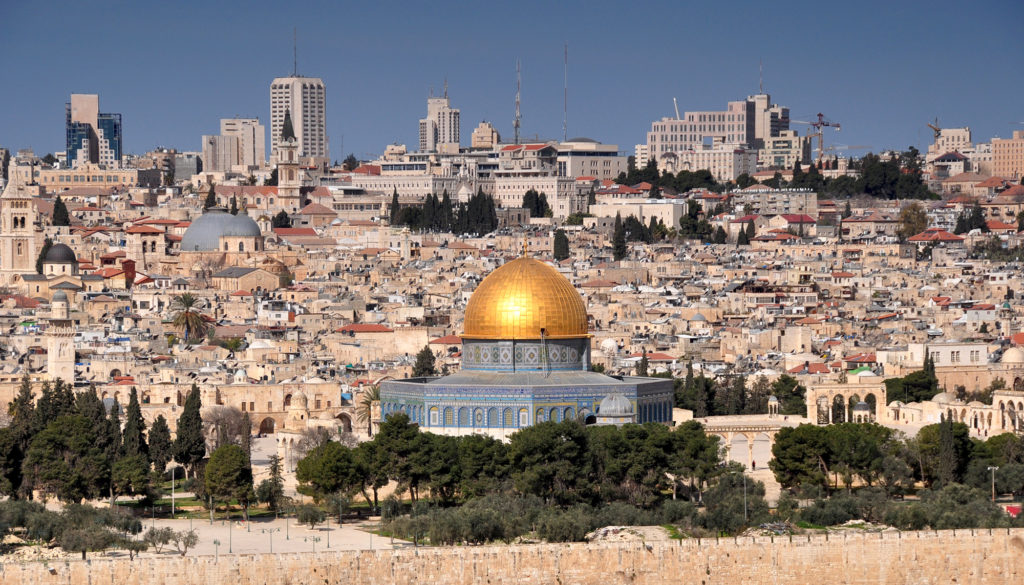 With big anniversaries this year, we have talked a lot about Jerusalem in our blog, but here it is again, taking centre stage in the news headlines. The Bible gives us signs, referred to as ‘signs of the times’, that God is in control and bringing about his purpose with the earth, culminating in the return of his son, the Lord Jesus Christ, to set up God’s Kingdom. What we see happening regarding Jerusalem and that part of the world is prophesied in the Bible, as the signs of Jesus’ soon return – it is time for everyone to take note!

Whatever motivated Donald Trump to make the announcement that, in the eyes of his administration, Jerusalem is to be recognised as the capital city of Israel, there can be no doubt it was a contentious decision. 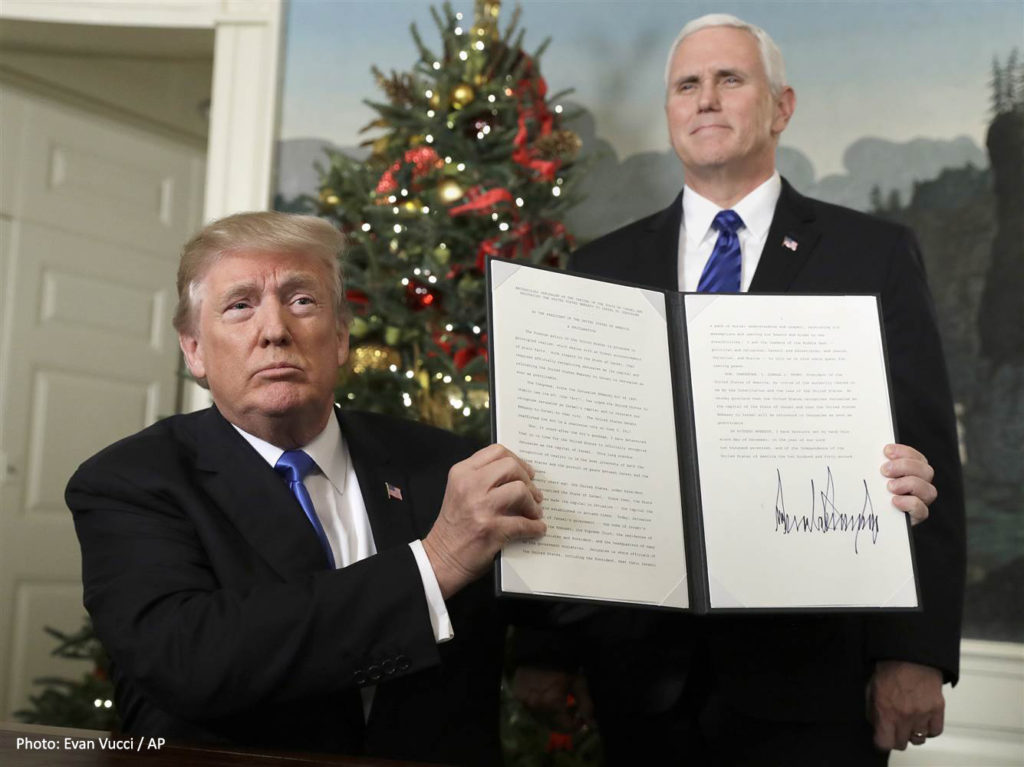 Dismay and anger spread across the world in the aftermath of the US president’s statement that their embassy would relocate from Tel Aviv, where most diplomatic delegations are located, to the ancient city of Jerusalem. Outrage not only from hard-line enemies of the Jewish State but even amongst moderate world leaders. It is a polarising move.

But is it historically sound, to declare the ancient city of Jerusalem a candidate for the capital city of a modern state of Israel, bearing in mind the conflicting claims on the territory and the city itself? Thereby hangs a problem.

Historical claims abound. The city of Jerusalem, then named Jebus, has its roots in the early Canaanite peoples who inhabited the area of land. Rejoicing in many and varied tribal names such as Hittites, Perizzites, Hivites and a host more, they were dispossessed by the fledgling Jewish nation recently freed from centuries of slavery in Egypt. God declared that He would give Israel the tenure of the land on certain conditions. In a chapter containing a list of forbidden carnal practices God tells the nation of Israel that the indigenous peoples of the land were being ejected from the land because of their abhorrent behaviour. (The expression used in Leviticus 18v28 is ‘vomited out’ which demonstrates graphically how disgusting God regarded their practices to be.)

So, an agreement was entered into. Israel were allowed freehold of the land on condition that they did not do the same things as those nations before them. Had they abided by this agreement and kept God’s laws then the land was theirs. However, they dismally failed to keep their part of the bargain and so the same measure was eventually served on them. Assyrian and Babylonian superpowers from the North and East attacked, degraded and finally destroyed the nation of Israel and the people were forced into exile. Their land, as they believed it to be, was left to run wild, its infrastructure fractured and its capital city, Jerusalem, broken down and overgrown.

That was, in essence, the problem. Israel forgot that the land belonged to God and was theirs on conditional loan. They thought they could do as they pleased with God’s land and suffered the consequences of their presumption.

The same pattern was to repeat itself over the next four centuries. The end of the second Jewish era was brought about by the Roman Empire in AD 70. Once more the Jews were exiled, this time far further afield and for considerably longer. The end of the second Jewish exile only really finished in 1948 and then in 1967 the Jewish armed forces recaptured Jerusalem marking a seminal moment in world history.

Jesus prophesied; ‘Jerusalem shall be trampled by the Gentiles UNTIL the times of the Gentiles are fulfilled.’ (Luke 21v24)

With this thumbnail history, maybe the obvious answer is that Jerusalem is the indisputable capital of the Jewish nation? They are returning to a land they once owned, to a city declared to be the capital by no less than King David, one of the most charismatic and successful rulers of their nation. Surely this trumps all other more recent claims by virtue of longevity and Divine promise?
Not so. The land is, and will remain the rightful property of Almighty God and the city under His protection:

‘Like birds flying about, so will the LORD of hosts defend Jerusalem. Defending He will also deliver it, passing over He will preserve it.’ (Isaiah 31v5)

God has a special role for Jerusalem in His plan and purpose. Not as an erstwhile capital city of a secular Jewish state, or even divided amongst competing claims. No, God will preserve this place and city as a capital city of the entire world. He will use it as the first base for a global kingdom ruled over by His Son, Jesus Christ. God’s laws, disregarded by the Jews, held in contempt or largely ignored by the overwhelming majority of mankind will be taught from its streets. The world will be invited to learn a better standard of life that does not involve squabbling and greed.

‘For out of Zion [the hill on which Jerusalem is founded] the law shall go forth, and the word of the LORD from Jerusalem.’ (Micah 4v2) 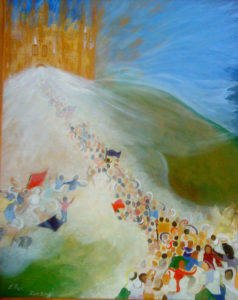 Maybe in that day the incumbent President of the United States will recognise and submit to the authority of the new ruler of mankind. In place of ambassadorial and trade delegations a new kind of international interaction – men and women from all over the world will be summoned to the Capital to receive once again the ancient but still relevant instructions and laws given by God with which they are to be governed. The once battle-scarred walls and streets of this divided city will resound to a new sound, the sound of rejoicing and the sounds of peace and guaranteed safety.